Why is it Important to Vote? 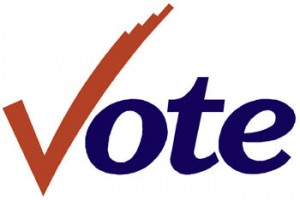 The most often heard excuse for not voting in an election is “my one little vote won’t make a difference.” Yet history is full of instances proving the enormous power of one single vote. In many cases the course of nations has been changed because one individual ballot was cast – or not cast – depending upon your point of view.

In the 1960 presidential election, an additional one vote per precinct in Illinois, Missouri, New Jersey, and Texas may have altered the course of America’s modern history by denying John F. Kennedy the presidency and placing Richard Nixon in the White House eight years earlier. In 1962, the governors of Maine, Rhode Island, and North Dakota were all elected by a margin of one vote per precinct.  In 1984, a Monroe County, Florida commissioner was elected by one vote. In 1994, the U.S. House of Representatives enacted a law banning specific classes of assault weapons. The vote was initially tied but one member changed his vote to approve the ban. In 2000, the presidential election came down to a handful of ballots in Florida.

Not to speak is to speak, not to act is to act, and not to vote is to vote.

“Let each citizen remember at the moment he is offering his vote he is executing one of the most solemn trusts in human society for which he is accountable to God and his country.” – Samuel Adams

Voting is the cornerstone of a democracy but sadly far too few people vote.

You can’t win if you don’t play. Election outcomes are determined by those who participate. Elected officials make important (often life and death) decisions about how our society will expend its collective resources and the restraints it will place on individual behavior. Voting does not guarantee that one’s preferences will prevail, but choosing not to vote denies a person one of the key tools of having a say in a democracy.

A lot of blood has been shed throughout American history so that you have the right and privilege to vote. Many people sacrificed and worked tirelessly so that women, minorities, and adults younger than 21 could cast ballots. American soldiers are still fighting and dying in wars. Vote to choose leaders who make military decisions you agree with.

Elections seldom provide perfect choices between good and evil. The first step toward informed voting lies in determining your own personal preferences as to public problems you are most concerned with and the solutions you prefer. What solutions to current societal problems do you prefer? Should we be spending more money on schools or for national defense? Would it be better if government limited pornography or hate speech on the Internet, or is one’s right to free expression more important? Is abortion a mortal sin or a right some women might choose in desperate situations?

Bad officials are elected by good citizens who do not vote.

It is important to vote for America’s future potential. Ballots you cast today will impact your children, grandchildren and all the generations that follow. Vote to improve the world they will live in. Voting also sets a good example for your kids. If you don’t vote, you have no right to complain about the way the country is being run.