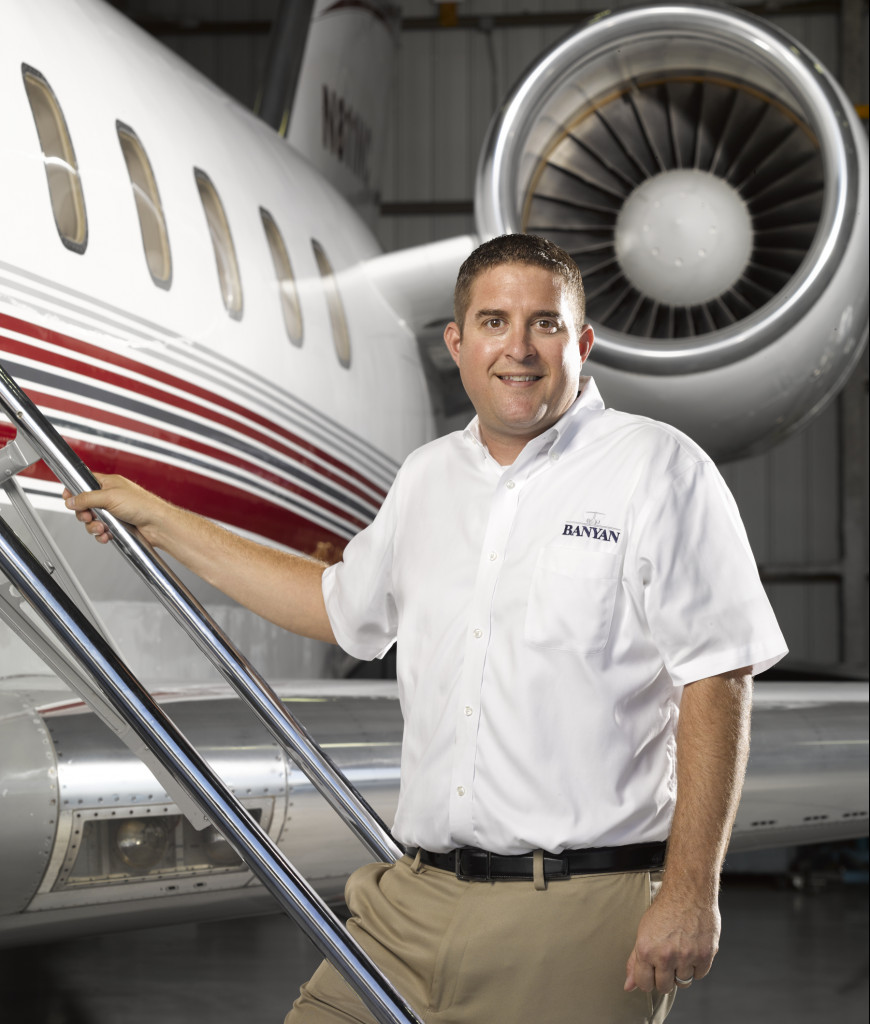 Fort Lauderdale, FL – October 14, 2021 — Banyan Air Service has promoted Charles Amento to Vice President of MRO Services. Charlie will serve in a dual role of Vice President and Director of MRO Services. He will continue to oversee the maintenance and avionics departments and manage the Director of Avionics, Quality Assurance Manager, Inspection Department, and Service Managers to operate at maximum performance, productivity, and efficiency. In his new role as Vice President, Charlie will serve on the executive committee and maintain profitable MRO services in accordance with FAA/JAA standards.

“Charlie is able to overcome new challenges, experiences, and commitments with great success. Even when faced with a few difficulties, he has always maintained a positive attitude as he led the team to be recognized as a preferred MRO in the general aviation industry,” said Lynn Juengel, Banyan’s Vice President of Technical Services.

Charlie received his A&P License in 2002 and joined the Banyan team in the apprenticeship program in 2003. He worked in the piston division until it was sold to EAM in 2004. Charlie rejoined the Banyan team in 2006 and has been promoted multiple times in recognition of the talent and capabilities that he brings to Banyan. From an Apprentice Technician to a Crew Leader then advancing to the Director of Maintenance and now to his current role as VP/Director of MRO Services, Charlie excelled in each role.

Charlie has attended several OEM schools for various piston, turboprop, light jet and Challenger 604 aircraft. He continues to lead the MRO team into the wide-body aircraft market with new Gulfstream maintenance. In addition to his strong technical knowledge, leadership, and passion for aviation, he is also trusted and respected by our customers and fellow teammates. Charlie most recently joined the NATA Board and actively participates in mentoring the young technicians entering the field.