The perfect way to spend a chilly afternoon in Florida is with the 2010 1st Annual Maintenance Team Chili-Soup Cook-off competition that was coordinated by Dave Valenta and his team of committee members. Dave and his dedicated team spent a lot of time developing a very organized and regulated competition. They provided each of the 22 contestants with a list of official rules to be followed and information on how their chili was going to be judged. The competitors had to purchase all their ingredients from a store (i.e. No Roadkill), prepare enough to be judged (min of 2 quarts), bring the chili pre-cooked, and provide their own serving utensils. The judging started promptly at 11 am and it took the 5 judges (Mike O’Keeffe, Jim Barcel, Priscilla Strickland, Kathy Knowles and Lynn Juengel) over an hour to pick a winner. The chili was provided to the judges anonymously, and identified only by a number. Not only did the competitors have to follow rules and regulations, Dave and his team even developed official guidelines for the judges, such as, once the judges had finished tasting a chili they were not allowed to re-taste it. Judges were required to use new spoons on each chili and were forbidden to talk to each other until the judging was complete. Each judge was provided a rating form on which they rated all 22 chili’s on a scale of 1-5 (5 being the best) in 4 main categories; color, consistency, aroma, and spice and flavor.

After the judging was completed (but, wisely before the winner was announced), the rest of the team members were invited in for a chili lunch on a chilly day. The team went all out and a number of people volunteered to bring in chips, pasta, cornbread, hot dogs and a variety of desserts, making it more like a full-blown buffet. Everyone was given a half hour to eat and try all the different chili’s before the winner was announced, and each contestant was quick to point out their chili, and to recommend theirs.

Although the competition was close, three contestants rose above the rest. 3rd place went to Dan Day, 2nd place went to Russell Otowchits, and the 1st place winner was Paul Baran. Each winner received a framed chili-winner award and a chili-winner ribbon. First place winner Paul got the inspiration for creating his winning chili from his son, who cooks his chili by adding things bit by bit and letting each item cook for a while instead of throwing everything into the pot at once and walking away. Paul used his son’s method and took away the blue. Dave and his team put a great deal of time into providing a wonderful cook-off experience, and hope to continue this competition and turn it into a tradition. 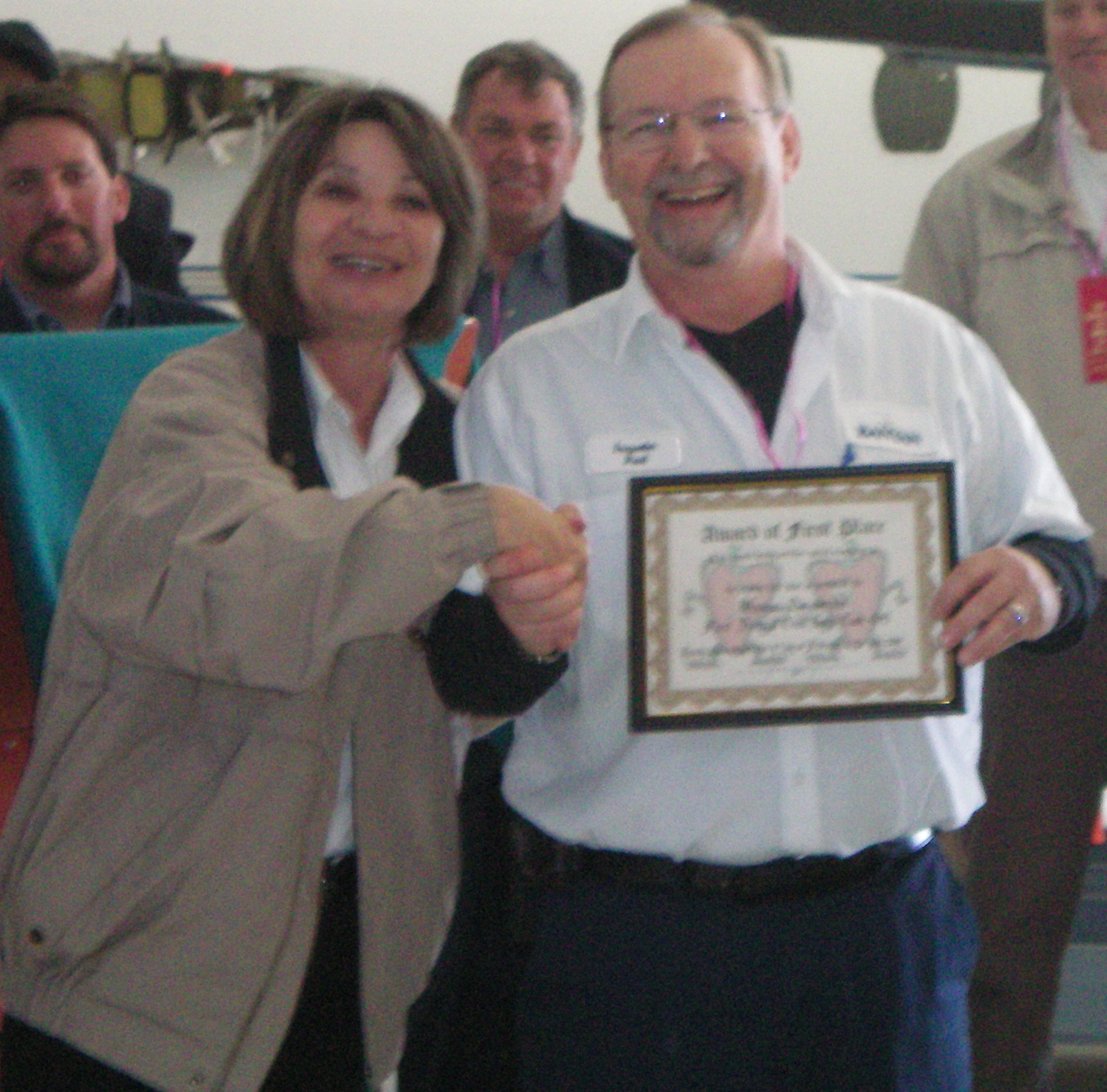